This article is from our Febooti archive, it was relevant then, and I think that it is still relevant today (a few details changed).
Previous article: IF statement in DOS batch file. 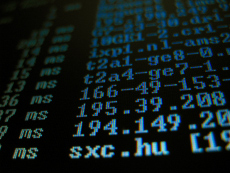 When this command is entered either at a Windows CMD prompt or in a batch file/script you do not see the directory listing like you would if you had simply entered the DIR command. Instead, a file is created and in this case the file is named file-list.txt. This can be used to capture practically any command.

Run this file several times and notice the changes. Each time you run this program (DIR >file-list.txt), the result of the DIR command gets saved to that file-list.txt file. Note that “>” will erase the preceding contents and save the new DIR listing information. But what if we wanted to create a type of log that would append and save each new occurrences of the above program? We can use what is called the append redirection operator. This is done by adding another greater than sign (>>).

An example of when you would want to do this would be if you have a text file already prepared, or for use in the batch script, when run in unattended mode. You can enter the following command sequence:

If your DIR listing was very long, then you would be prompted to “Press any key to continue…” after a screen-full (one page) of data was displayed. Once you pressed any key you would see the next page of text. If it was short then the MORE command will simply display the whole text as if you typed the TYPE command. The TYPE command is used to display the contents of a file. You do not need to use a redirection operator to use the TYPE command.

This will type out the contents of file-list.txt to screen. And if the file contains more than one screen, it will display the text very fast, and you may only see the last page.

The next command we will learn is the DOS piping command. The pipe | can usually be inserted to the command prompt by holding down the SHIFT key and pressing the key to the direct left of the backspace key (or under backspace on some keyboards). DOS piping is a technique that combines both the output and input redirection operators. We can capture the output of one command and send it as the input to another command. Example:

In this example the pipe command captures the output of the DIR command and sends it as input to the MORE command which will display one screen-full of results at a time.